Showing posts from June, 2017
Show all

Stay tuned for a release date for my sixth novel.  Thanks to all of you, who read and support my books.  I appreciate each one of you!
Post a Comment
Read more

A State of Mind

I was raised running around barefoot on an island, where we only wore shoes when we had to.  When I absolutely was forced to wear shoes - I slipped my toes into my favorite slippah's. Then, I moved to Oklahoma and as far as the eye could see - people wore boots.  Although I think cowboy boots are great, it just wasn't what I had grown up in.  So in the dead of winter - I was still rocking my flip flops whenever I could. Now 27 years later - they're everywhere!  And, it makes my heart happy to see how many jet around in those small shoes that are so freeing.  They not only allow our feet to breathe during a hot summer but they instill a vacation mindset.  I think everyone has an extra pep in their step when the slip-on theirs.  Nowadays, they come in all shapes and sizes.  Some are blinged out. Some are furry or fluffy.  And some are cushioned and comfy. While here I am - still rocking my island girl style with the basic plastic slippah's ... or to most everyon
Post a Comment
Read more 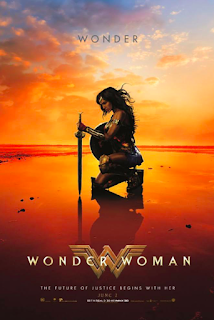 From start to finish, this film was spellbinding.   From the second it came on screen, an action-filled soundtrack paired with flat two-dimensional graphics flooded the screen & allowed a glimpse of Wonder Woman’s journey in life before she evolved into a pop culture world-while phenomenon.     Her Amazon spirit set an entirely different tone for anyone who was used to the television version of Diana Prince. Gal Gadot, an Isreali actress, martial arts expert, and model easily stepped into the tall boots of the warrior princess and made the transition making us feel she wasn’t just an actress playing a part.   She breathed the essence of Diana, Princess of Themyscira  - originally known in DC comics as Paradise Island.  This film starts in today’s time with a mysterious photo delivery from a WWI era.   It’s Diana posing center with two soldiers on either side of her – all with a victorious smile.   One of those soldiers being Chris Pine.   Without giving away too m
Post a Comment
Read more
More posts