Showing posts from October, 2018
Show all

So Apparently, I Swear in German 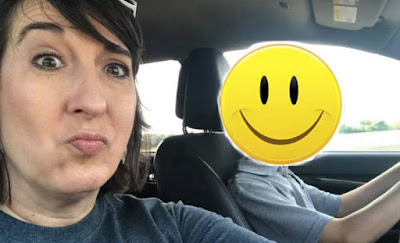 Recently, my son got his learner's permit, which is enough to make any parent reflect on when they started driving. I'll never forget that period in my life. After I took driver's ed and was about to obtain my license, my father got orders that took us overseas where I had to learn how to drive on the left-hand side of the road and read signs in another language. As if driving on in our country wasn't overwhelming enough!   The rules of the road in Okinawa were quite a bit different than here. Over there, there was an unwritten rule that people jokingly referred to as the 'ten-car rule.'  As long as cars kept going through red lights - everyone else followed as if no one saw that it was time to stop. By about the tenth car in line, someone would eventually obey the traffic light. Then, there were other instances when you might have seen someone driving on the sidewalk to avoid a traffic jam - or driving down the bike lane. So, yeah, you could say my drivi
Post a Comment
Read more
More posts