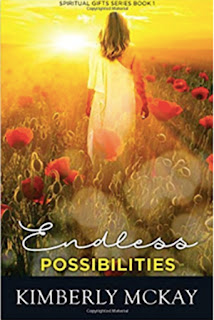 If you love stories about angels - you'll be captivated by this story!

After the tragic loss of her husband, Alexis Mathers packs up her clairvoyant, seven-year-old daughter and heads for home only to find that her grandmother, Evelyn Bozeman, has died in a mysterious accident. As Evelyn’s life was an enigma before her marriage into the Bozeman family, Alexis makes it her sole mission to understand who her grandmother was and the kind of life she left behind.


Although Tyler Jameson grew up on a neighboring ranch, he was a staple on the Bozeman farm, where he, Alexis, and her brother were constant companions - until the day they weren’t. His appreciation for Alexis always stopped just short of flirting, but now that she’s back in town, she’s more of a distraction that he could ever imagine.


Before they realize it, Evelyn’s secrets draw them into a power struggle with a family from Evelyn’s past. A family that will stop at nothing to keep their secrets buried, even if that means taking more lives.


See what happens when Alexis and Tyler are reintroduced after life has molded them into perfect partners whether they know it or not. Read along to learn how a little heavenly help via a deceased grandmother, helps give them a push. And, find out if Evelyn can protect her granddaughter from the wheels she put in motion before it's too late?

BOOK 2 OF THE SPIRITUAL GIFTS SERIES

After waking from a coma, Anderson struggles to see things clearly as visions plague him.  Riding cross-country on his motorcycle is the only way to distance himself from people and the intermittent flashes that appear from the occasional touch in a crowd. Life on the open road seems to be the perfect escape, except for a recurring vision of a woman struggling for survival.

Anderson’s solitary excursion comes to a halt when his partner at an off-the-books agency calls in a favor to protect his cousin, Savannah after she finds herself fleeing from a notorious gangster and his crew. What starts out to be a simple protection detail, quickly becomes something more deadly.  Unbeknownst to them, a hit has been issued on Anderson by a much more dangerous organization.

Soon, they find themselves on the run from a drug warlord, a corrupt agency, and the volatile sparks that fly between them. Follow Anderson’s journey as the visions that plague him become the divine intervention that could overcome the curse in both their lives.

It's amazing when my 5-year-old comes home talking about the history behind MLK day. When I was in Kindergarten, we learned our color...